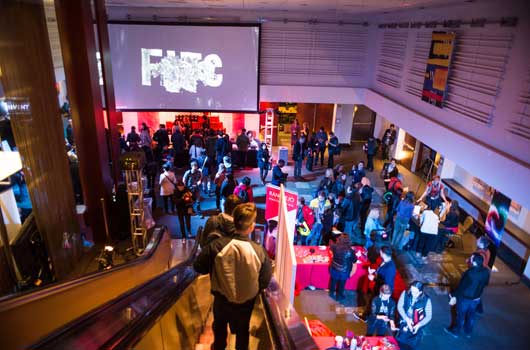 Creative technology is all around us. Whatever we're doing, wherever we are, there's a potential for technology to further our state of living, and immerse us with extraordinary gateways into the mind. Each year, FITC Toronto makes that sentiment clear, providing talks geared towards business, visual media and language as a way to unite us into a greater whole. There's always something to explore, to learn, and that's part of the fun of technology.

Day One kicked off with a bang, a big one, inviting FITC newcomers and veterans to a taste of what's to come at this three-­day event. It can be overwhelming at first, those first moments riding down the escalator are a total visual spectacle, but as your eyes settle, the space opens up and our wildest dreams come to life.

Amidst the information­-driven, creative sessions, there are also a few installments going on in the exhibitor area. One of the most notable is the Power Cube, an Oculus Rift-infused take on puzzle classic Tetris. Globacore, the interactive design company responsible for this disorienting cavalcade of pseudo­-80s kitsch lights and music, set out to create something fun and engaging: a new way of looking at your typical party game.

Day One of FITC Toronto 2015 was everything you could have wanted and more, inviting professionals from all avenues into the minds of some of the most influential people in tech. There was a lot to learn and explore, and in some of the most creatively-­charged, curious ways. With an opening like this, Day Two is sure to be a real treat for our ever­expanding potential. 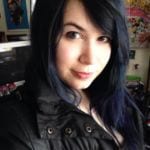