Trevor Coleman has a passion for designing experiences, whether they come in the form of a live event, a recorded song or an interactive application based on brain-sensing technology.

Trevor made his first significant mark on Toronto in when he discovered and popularized a long forgotten bar on the edge of bankruptcy called The Boat in Toronto’s famous Kensington Market. Trevor carefully curated a roster of local and international artists, DJs, and musicians and produced more than 200 shows in 18 months. Trevor turned the aging Portuguese seafood restaurant cum Mandarin karaoke bar, into “the hottest and best bar in the city,” according to the Toronto Star. Later the same year, he recorded and produced Laura Barrett’s debut EP Earth Sciences, which went on to be released by critically renowned Canadian indie label Paper Bag Records, and was distributed by Universal Music.

His ability to transform marginal venues into hubs of creative activity attracted the attention of local promotions juggernaut A.D/D. who enlisted him to promote their landmark events at CiRCA, an immense mega-club/interdisciplinary-performance-space opened by legendary New York impresario Peter Gatien. Trevor Coleman became the club’s connection to the city’s underground, bringing in the best and brightest of Toronto’s independent art, music and club scenes while promoting shows by international acts like Justice, Crystal Castles and Lupe Fiasco.

It was during his time at CiRCA that Trevor’s combination of a deeply empathic understanding of customer experience and pragmatic business sense were recognized by Ariel Garten, who was searching for a way to commercialize brain-sensing technology. Trevor also brought with him a background in cognitive science.

Since co-founding InteraXon, Trevor has appeared in articles from around the world, including coverage by WIRED and a live appearance on CNN. He has given talks at conferences such as NXNEi and Wisdom 2.0, and has worked with Deutsche Telekom, Proximity/BBDO, Wrigley’s Gum, and more.

Trevor’s career has made him an expert in balancing technical, financial and creative priorities. The vast skills he has amassed are put to use in his current role at InteraXon, where he oversees the research, development, marketing and finance teams, as the product manager of the first suite of applications for Muse, the brain-sensing headband. 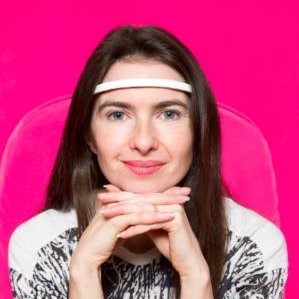