February 25, 2021 2021-02-25 00:00:00 2021-02-25 00:00:00 America/Toronto Sessions: Commercializing the Weird Join us for this free 45-minute ONLINE presentation at 1:00 p.m. EST with Nick DenBoer
Video Artist, Smearballs Followed by a Q&A session In this presentation, Nick denBoer will share his experience in adapting his weird and unconventional artistic process to the commercial… Online FITC Online

Nick is a video artist based in Toronto. He has developed a unique brand of VFX comedy, combining video remix and animation techniques to create surreal and often absurd videos. Nick honed his skills working as a writer and bit creator for Conan O’Brien producing and remixing popular culture segments for the show. His groundbreaking short film “The Chickening” (a poultry-infused remix of Stanley Kubrick’s “The Shining”) graced the screens of TIFF and Sundance. Nick’s unmistakable style has found a home in many productions. He has directed and produced ads for Old Spice and KFC, music videos and tour visuals for deadmau5 & Flying Lotus, countless TV shows, films, web and VR projects. Nick has carved out a career through remixing and repurposing existing footage to produce new and sometimes ridiculous creations. 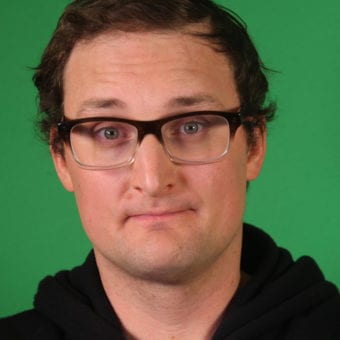 The Media is the Medium