From Nick's early career as a video remix artist, honing his skills as a bit creator on Conan, to his current work as a commercial director / producer; he's managed to carve out a career by making weird visual FX comedy.  Nick DenBoer aka Smearballs joins us for a talk at FITC Toronto 2020 - but you can learn more about him and his work here.

Can you tell us a bit about your style, and the work that you've become known for in motion design and VFX?

I started out as a video remix artist, manipulating infomercials and TV shows. This later mutated into a career doing satirical visual FX and animation. I keep trying to progress and learn new software and now I see everything as a remix.

Combining video footage, 3D models, textures, music, sound fx, photography, and other digital assets into wild new creations and the ability to work fluidly in all of these mediums is a powerful tool. Hence the title of my talk - The Media is the Medium.

We're not really starting with a blank canvas anymore. There are massive stockpiles of digital assets at our fingertips and it makes for a whole new world of creativity. 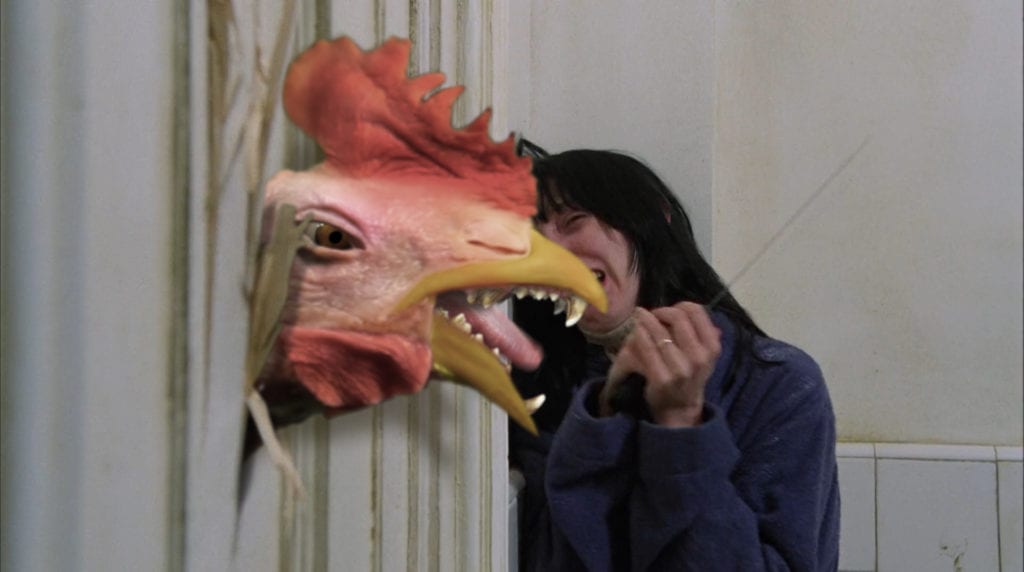 I do a lot of this kind of Frankensteining with 3D scans and stock assets within Cinema4D. My presentation will touch on various visual remix techniques, from my 2D satire work on Conan and film remix work in The Chickening, to my more recent commercial work (deadmau5, Old Spice, KFC) where my work has become more of a 3D asset-mangling yard sale, like this image.

Perhaps this is a nice visual disclaimer that there's gonna be some weird stuff in the water at my presentation.

How did you get started working for Conan, and how big of an impact has that been on what you’re doing today?

The executive producer at TeamCoco at the time (2012), John Wooden sent me an email one day that read:

"Hey Nick. Enjoy your work. Any interest in pitching us some stuff?"

John had seen my youtube remixes at the time and a web series I did for Mondo Media called NewsHit and reached out.

Right after I made this Brad Pitt Chanel ad parody. Putting my flubby body on Brad Pitt's and sent it over the wire.  John brought it straight to Conan's desk and showed him the next day and Conan loved it. It aired on TV that night.

So I started sending as much shit as I could from then on and it landed me over 100 aired segments and a full time job working remotely as a bit creator.

Working as a freelancer in Toronto, how do you go about finding new work and clients?

All I really ever do to promote myself is make a new reel and a shitty html website with rollover graphics every few years. (my web design skills never progressed). I don't really do much work locally in Toronto, or for Canadian companies for that matter, like maybe 5%.

Almost all my clients are American or European. Perpetually Shitty Canadian dollar might also play a role here making US gigs more desirable.

Jobs have always come to me online anyway, I could move to Nunavut and it would probably make no difference to my work except I assume internet sucks up there and I might kill myself in the winter.

Last year at FITC I was blown away meeting all these local people in the industry. I felt like I was on some kind of weird secluded Island in my studio working alone and it was cool to meet so many people doing great work here.

I have just worked solo for so long and I've never really had a local client base. My career was launched from my juvenile youtube remixes and jobs have always come from random places. 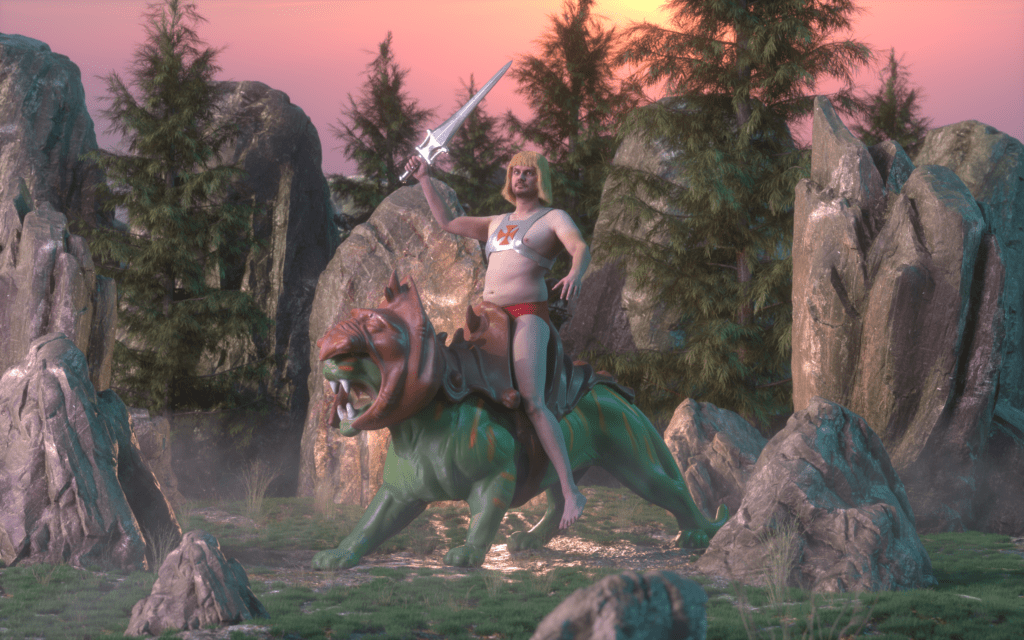 I've been super fortunate the last few years. More work just comes in than I can handle. I haven't had to go on the hunt for a long time. My schedule is always a nightmare trying to squeeze jobs in and prioritize bigger budget gigs without screwing over smaller clients but I feel super lucky to be so busy.

What does your studio look like? Do you do everything in house or work with local studios for special equipment / spaces?

I bought an old abandoned 2 story garage back in 2004 and renovated it over the years turning it into my ideal work space. There's a workshop on the main floor that doubles as a shooting studio for smaller green screen shoots. 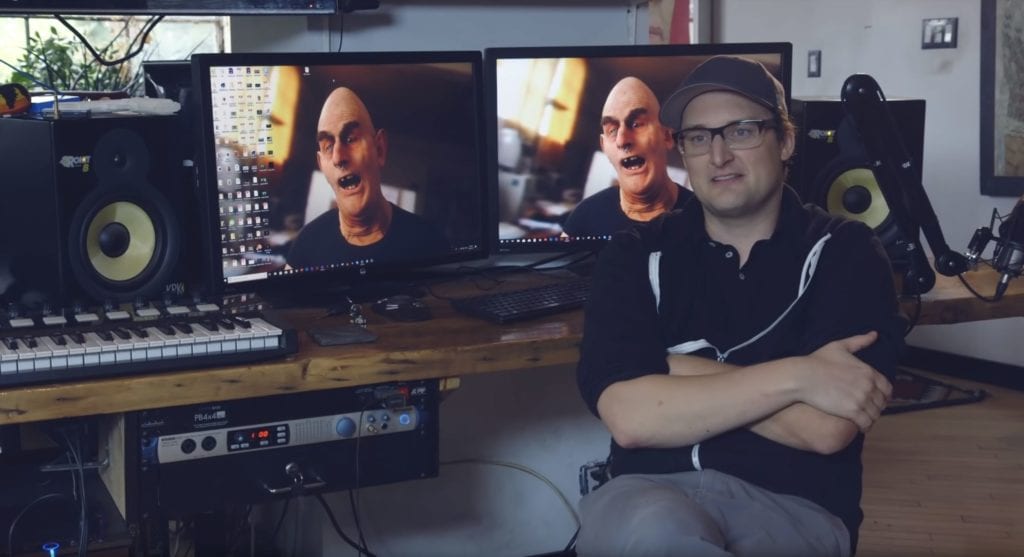 There's a jam space on the main floor with a pile of instruments, and my digital geek cockpit upstairs with a couple of tricked out workstations. It's a pretty sweet place tucked down a back alley. Kinda feels like a secret hideout.

Have you had any projects where the bizarre nature of your style has been too much for the client? Do you have an alternate – more mainstream – portfolio you send to certain clients?

For the most part I've been lucky and people come to me because of the bizarre nature of the work. I'm good at keeping the gross, pulsating hairy butt art out of a client job and keeping things nice and clean when they need to be. That said I've definitely had a lot of stuff shelved over the years. Some of my favourite Conan bits never made it to air, although a lot of those got canned for political reasons, but some were probably too extreme or would piss off the wrong person.

If anything it's happened a few times where I give people what they ask for, they love it and it gets approved and then they don't have the balls to air it, or a client's legal department shits their pants because of possible legal ramifications or intellectual property rights on grey area fair use scenarios. I remember back in '15 I made this year in review piece for Vice and they told me to make it the craziest shit ever. So I did and it was pretty extreme. Trump getting beheaded by ISIS, Cartoon Jared the Subway guy with a boner on a playground, The pope firing machine guns in congress, Drake having butt sex with a grizzly bear.

Admittedly it was pretty over the top but that's what they asked for. Their legal team had an aneurysm and it was shelved forever. :(

I've also done a gig for a certain British broadcasting conglomerate where I had a cute little character cooking a turkey with a flame thrower and they were afraid it was going to offend vegans so it got shelved, after going through like 7 rounds of approvals. So it could happen to anything really. Knickers get in a twist over all kinds of dumb stuff. 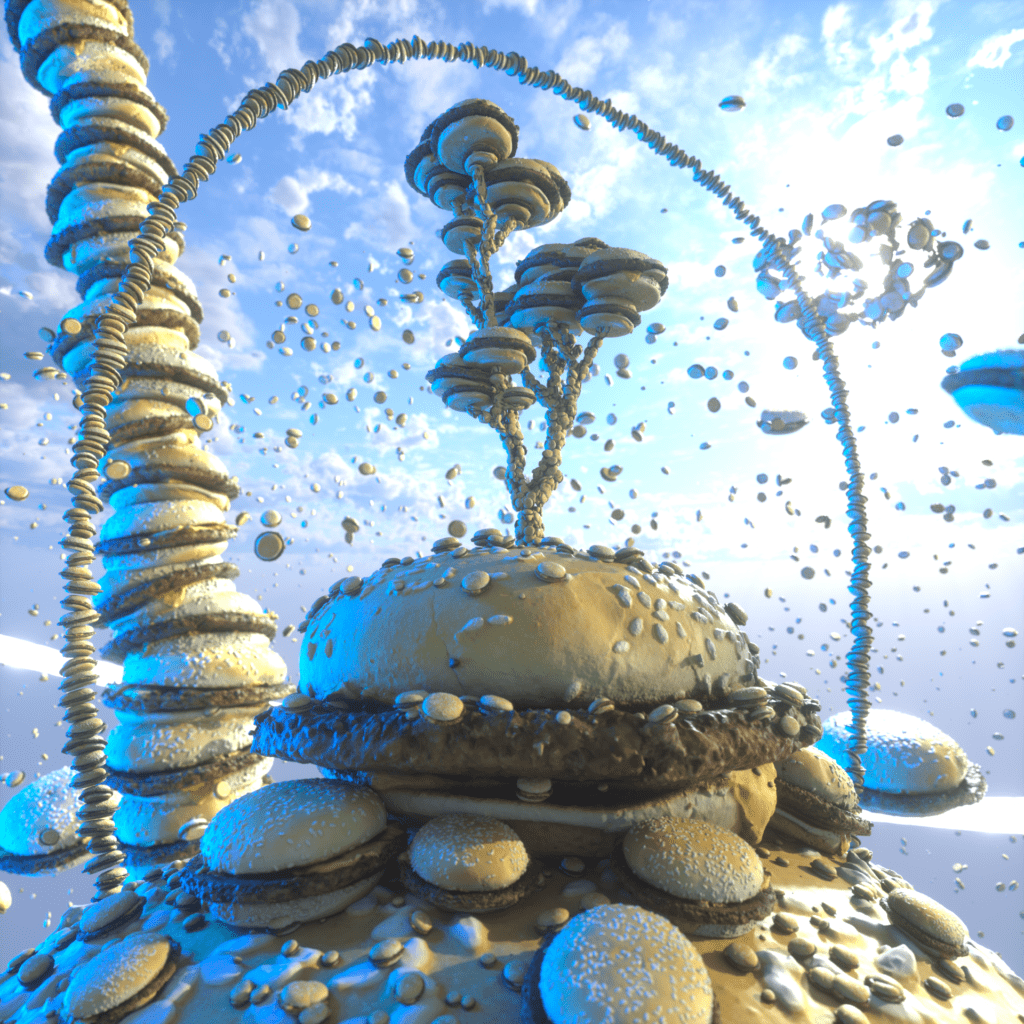 I only have one reel at a time. I let it all hang out. I break all the reel rules. It's usually way too long, full of shit that would turn all kinds of people off and I have a super dumb joke "smearballs" website name attached to me but for some reason I still get a lot of decent gigs coming at me.

I firmly believe that if all you put out in the world is wedding photography, people are only gonna hire you to photograph weddings. If you do weird shit, people will more than likely hire you to make weird shit.

Unless it sucks, but same goes for a shitty wedding photographer.

The theme for FITC Toronto 2019 is “Pure Imagination” how would you say you embrace this concept in your work, or career?

I sometimes joke when a job has no creativity to it and I am at the whim of a predetermined concept, that I am but a magic paintbrush for whoever is doling out the cash. 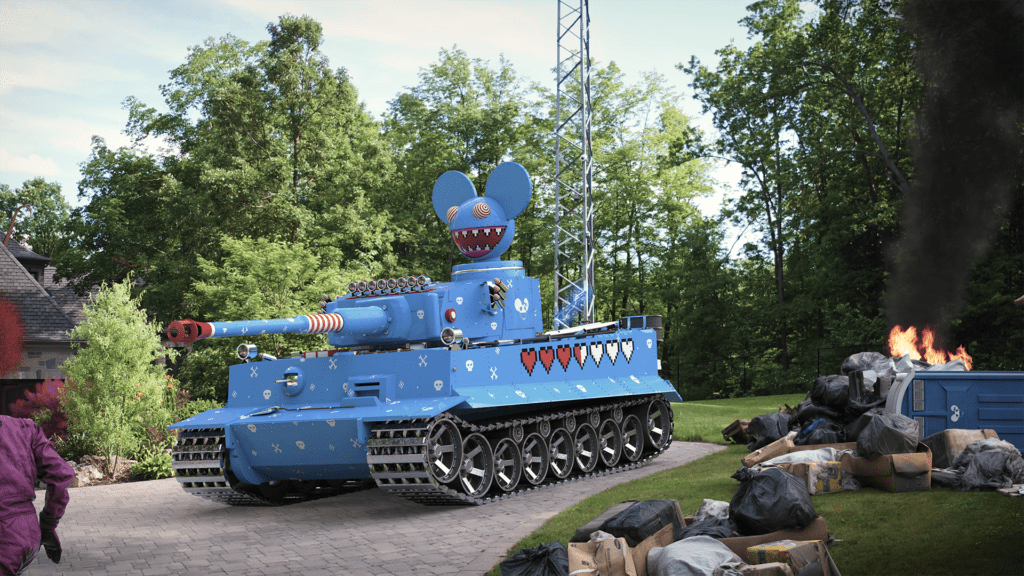 Often clients are amazed that with this skill set at your fingertips, literally anything is possible in the world of VFX and animation. You can 3D scan a pony, give it butterfly wings and a rocket booster, green screen a dude braiding it's hair while they fly to the moon, render it in octane and add 30 million cheeseburgers getting sucked into a flat pancake earth vortex toilet with a fluid simulation spilling syrup on Florida.

Anything is possible and when my amazing clients let me, I like to take it to the pure imagination zone where the sky is not even the limit. Otherwise, I just do that shit in my spare time.

Honestly, partying with the Winkel Mann (Beeple). Love that guy.

Mike invited me to come to FITC last year and I thought I'd just check out his talk and go home, but it turned into a 4 day bender.

All the parties were amazing, So many great talks too; Marti Romances from Territory Studios gave a killer presentation, Pes Films too, The Mill showing off their live car tracking rig and realtime hdri lighting contraption blew my mind. 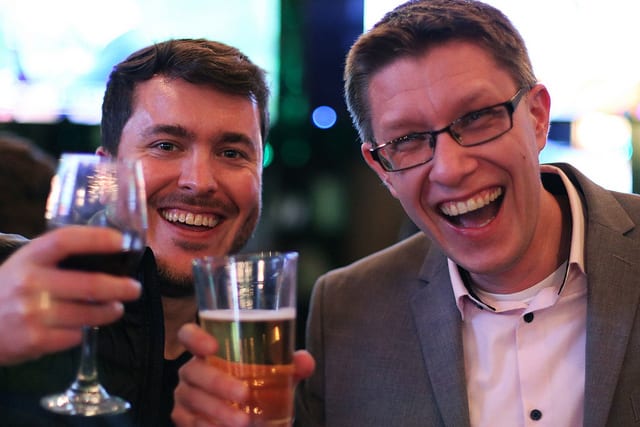 I was pleasantly surprised by the caliber of presenters. Can't really pin it to one moment other than to give Mike a hi 5 for inviting me out.

Well if all of this doesn't make you want to see more from Nick, check him out on the socials and then grab your ticket to FITC Toronto 2020 – use discount code Smearballs and save money for all the KFC pot pies you can handle.