Masashi was born in Tokyo, and raised in San Francisco. He currently works as Creative Director / Founder of the Creative Lab ‘PARTY’ in Tokyo & New York.

He was previously a Creative Director at Wieden + Kennedy New York, and has worked around the globe in different agencies such as BBH New York and 180 Amsterdam, creating numerous award winning ad campaigns. Outside of advertising, he continues to explore the world of design & interaction, working on music videos, product design, social apps, among other endeavors.

Masashi’s work has been recognized in international awards such as NY ADC, Cannes Lions, One Show, D&AD, Annecy Animation Film Festival, and more. He was recently chosen as one of the Creativity magazine’s 2011 Creative 50, and Fast Company’s “100 most creative people in business 2012”. 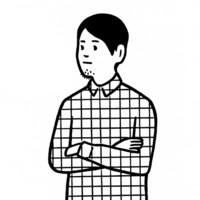