Liam Young is a speculative architect who operates in the spaces between design, fiction and futures. Trained as an architect in Australia, he has worked for a number of the world’s leading design practices. As technology increasingly became the fundamental driver of urban change Young became frustrated with the slow pace of traditional architecture and set up his own speculative futures think tank, Tomorrows Thoughts Today, a collaborative practice, working across science, technology and architecture. To ground his design fiction practice in the realities of present Young has also cofounded the research studio  ‘Unknown Fields’, an award winning nomadic workshop that travels on annual expeditions to the ends of the earth to investigate emerging trends and uncover the weak signals of possible futures. He develops this research through teaching positions at the Architectural Association in London and is visiting professor at Princeton University.
Young now manages his time between exploring distant landscapes and prototyping the future worlds he extrapolates from them. He tells stories about the future city using fiction, film and performance as imaginative tools to explore the implications and consequences of emerging technologies and ecological conditions. His projects include ‘Under Tomorrows Sky’ a science fiction movie set for a fictional future city developed through collaborations with scientists and technologists and most notably ‘Loop 60Hz:Transmissions from the Drone Orchestra’ a sellout live performance in collaboration with John Cale of the Velvet Underground for the Barbican Theatre. Liam also coordinates events and exhibitions including the multimedia series ‘Thrilling Wonder Stories, was a curator of the 2013 Lisbon Architecture Triennale and is a contributing editor for ICON magazine. He has been acclaimed in both mainstream and architectural media, including the BBC, NBC, Wired, Time Magazine, and Dazed and Confused. Liam was named by Blueprint magazine as one of 25 people who will change architecture and design.
twitter vimeo 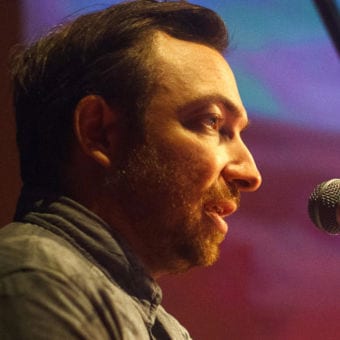