Laurie is head of rigging at Framestore. During her career spanning nearly 20 years, Laurie has specialized in facial rigging and asset building design patterns, helping create some of cinema’s most recognizable characters. She graduated in computer animation from Full Sail University in Orlando, Florida and was celebrated for her outstanding work in the university’s “Hall of Fame”.

In 2010, Laurie was recognized for her work on “Dobby” in Harry Potter and the Deathly Hallows Part 1 by the Visual Effects Society for Outstanding Animated Character in a Live Action Feature Motion Picture. She was also nominated in the same category for her work on “Rocket” in the Guardians of the Galaxy franchise. Most notably, her foot was digitally immortalized on Sandra Bullock’s leg in Alfonso Cuaron’s Gravity (uncredited).

Currently living in Montreal (where the snow is still a novelty as a native Floridian!) Laurie enjoys experimenting with ink and water in her free time. 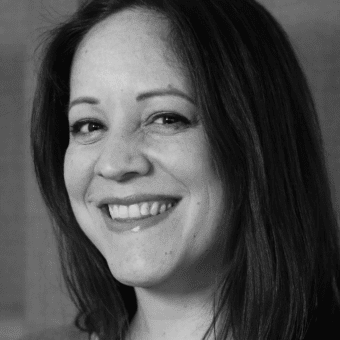