Jan grew up with a fascination for physics, science fiction stories and hacking things. In college he realized that all the stories around science were often far more appealing than the theory behind them. In the mid 90’s he started on his first multimedia productions and eventually evolved to working in advertising, where he invented stories and games for online campaigns. This is when he developed an interest in character design. Soon his interest in virtual worlds tiered, and he started to invent interactive machines in the real world, Robots in particular, because they are the perfect match of his interest in physical projects and character design.

His robot characters are now travelling the world and are active in all kinds of environments, like galleries and museums, but also car factories and emergency response units. On his quest to make robots a more widely accepted creative medium, Jan is now teaching young and old about building Robots, focusing on the design and the process, and also on the way they make us feel. 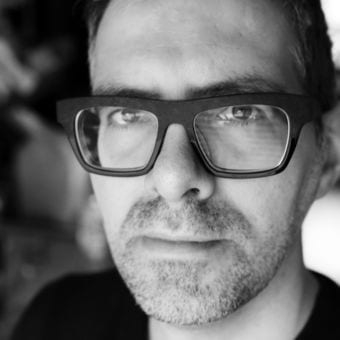 On the Brink of Consciousness