Robert Hodgin co-founded the Barbarian Group and is currently the Creative Director at Bloom Studio. His work ranges from simple 2D data visualizations to immersive 3D terrain simulations. His primary interests include theoretical physics, astronomy, particle engines, and audio visualizations. He works in Java, Processing, C++, Cinder, OpenGL, and GLSL and has spoken at conferences around the world, including FlashForward, FITC, Flash on the Beach, OFFF, and FlashBelt. He was also a guest lecturer at NYU’s ITP program, UCLA’s DMA program, and SCI-ARC and his work has been shown at the Victoria & Albert Museum, Wing Luke Asian Museum, McLeod Residence Gallery, Wired NextFest, San Francisco Exploratorium, GAFFTA, and the San Francisco Independent Film Festival. 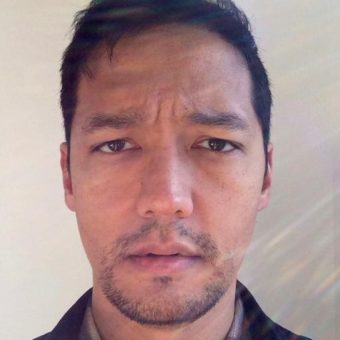