Erik Kessels is a Dutch artist, designer and curator with great interest in photography. Since 1996 Erik has been the creative director of communications agency KesselsKramer in Amsterdam and works for national and international clients such as Nike, Diesel, J&B Whisky, Oxfam, Ben, Vitra, Citizen M and The Hans Brinker Budget Hotel.

As an artist and photography curator Kessels has published over 50 books of his ‘re-appropriated’ images: Missing Links (1999), The Instant Men (2000), in almost every picture (2001-2015) and Wonder (2006). Since 2000, he has been an editor of the alternative photography magazine Useful Photography.

For the DVD art project Loud & Clear he worked together with artists such as Marlene Dumas and Candice Breitz. Kessels writes regular editorials for numerous international magazines. He lectured at the D&AD Presidents Lecture and at several international design conferences including Singapore, Goa, NY, Toronto and Bangkok. He has taught at the Gerrit Rietveld Academy (Amsterdam), Écal (Lausanne) and at the Amsterdam Academy of Architecture where he curated a celebration of amateurism.

Kessels made and curated exhibitions such as Loving Your Pictures, Use me Abuse me, 24HRS of Photos, Album Beauty and Unfinished Father . He also co-curated an exhibition called From Here together with Martin Parr, Joachim Schmid, Clement Cheroux and Joan Fontuberta.

In 2010 Kessels was awarded with the Amsterdam Prize of the Arts, in 2015 the Deutsche Börse Photography Prize and is often seen as the most influential creative of The Netherlands. 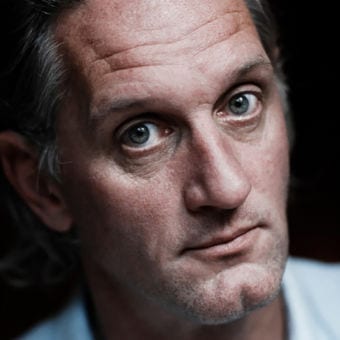