Tim Stutts is a designer/ prototyper who strives to innovate in the space between content and code. His initial approach often involves hand-sketching and wireframing, before transitioning to creative coding platforms to push concepts further as prototype applications and experiences. Specific interests include next-generation user interfaces, creative technology, programmable design assets, data visualization, and audio-visual media.

These efforts culminated in the creation of PushPopDesign, a consultancy that he founded in 2009, where clients included firms such as Motion Theory, IconMobile and Bestiario, companies IBM, Google, Microsoft, Honda and Oblong, and artists Electroland, Rachel Mayeri and Robert Hodgin. Prior to establishing this hybrid practice, he spent three years working as a sound designer for interactive media and another two years as an interaction designer for software applications.

Tim currently works as a concept designer for IBM’s Watson Lab in Austin, Texas. He has a Bachelor of Fine Arts in Music Technology from California Institute of the Arts (2003) and a Masters degree in Interactive Telecommunications (ITP) from New York University (2008). 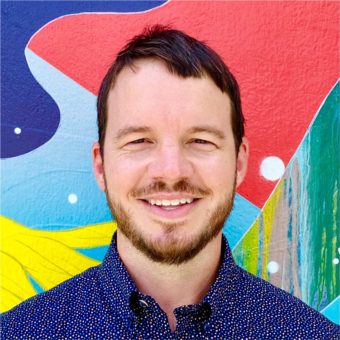