Attracted from the get-go to digital communication during sector’s infancy in the late 90s, he’s gained experience in consulting and strategy within the Euro RSCG, BBDO, and Vanksen groups before turning to creation and production. In 2010 he took over the Grouek studio and has never been happier.

As executive producer, Romain works alongside creatives and producers from renown advertisers and agencies to give life to the most challenging and ambitious creative digital pitches.

R&D combined with creative head scratching and sustained by seamless execution are the processes and commandments he relentlessly imposes and maintains at the core of Grouek’s corporate culture. 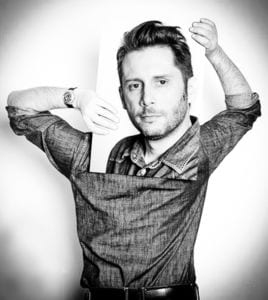