Google’s dream is an engineer’s dream: that the world is in beta and exists to be re-invented. It’s Google Creative Lab Chief Creative Officer Robert Wong’s job to tell the stories of those dreams and inventions; whether it’s Google Glasses, a new phone or tablet, or simply a better way to search the web, as Robert describes “this place is insane in a great way, in an anything-is-possible kind of way,”

Mr. Wong doesn’t make “commercials”, even as Google breaks with its past, partners with agencies, becomes a big TV advertiser and continues to earn tons of bling at all the industry awards festivals. He makes what he calls mini-documentaries and product demos (some of which appear on TV) that tell the story about how a bit of technology can impact your life — often, in a strikingly emotional way. “There is a general feeling at Google of, ‘How do we get technology out of the way?'” Robert explains. “Computers get smaller and smaller and closer to your body. The question becomes, ‘How do we benefit from computers and technology as they disappear?'” 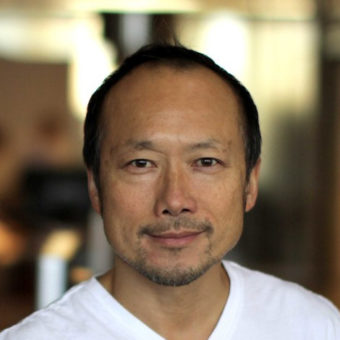