Pietro is an award-winning director for emerging platforms, pioneering new forms of media that allow humans to understand what it means to be machine, and machines what it means to be human. As a spirited and innovative creative director, Pietro co-founded digital agency and studio, Secret Location (an Entertainment One Company), in 2008. While there, he wore many hats, including: chief creative officer, head of innovation, and head of content. His interdisciplinary approach, inventive process, creative vision, and folksy charm allowed him to lead talented teams toward truly groundbreaking work in the interactive-storytelling space. These pioneering efforts have been recognized by the creative and interactive industries through numerous awards, including: two Emmy Awards, two Webby Awards, a Cannes Lion, and ten Canadian Screen Awards.

Pietro has recently founded Transitional Forms as a studio-lab to further explore the intersection of storytelling and technology, specifically artificial intelligence. Pietro, and the talented team at Transitional Forms, are committed to the notion that art and imagination have the power to create a hopeful future, and believe that this is truly the most exciting time to be alive. 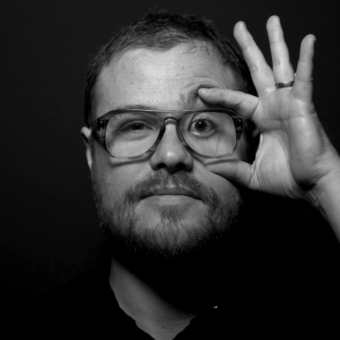