Musketon is the creative alter ego of Bert. A young ambitious artist from Belgium.

Over the years he’s worked on finding himself by being the creative he always wanted to be as a kid. Today he couldn’t be more happy with the things he learned along the way.

Musketon started out in Bert’s bedroom 8 years ago and since then exploded into something he never could have imagined. He bought his first computer with the money he saved up from washing cars in the neighbourhood. Little did he know this would be the beginning of a journey never to forget.

That crappy computer opened the door to Adobe Photoshop. He was instantly hooked. Later on he decided to make the jump to Adobe Illustrator and this is the first time he fell in love (really). He might sound like a nerd right now, but hey he was so that makes sense.

He developed his own style and started posting work on the internet. People started contacting him to work with him.  Today he’s focussing on working with a select number of brands that he can relate to (Mazda for instance) and developing personal art projects. 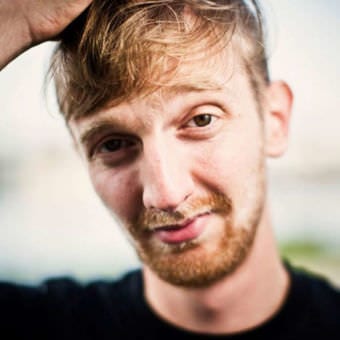 Do More Of What Makes You Happy