When Mate isn’t feeling ridiculous about writing his own bio in third person, he’s either changing the diapers of his daughter or shouting at people to push pixels harder. After wasting much of his youth in front of the computer putting together those pixels himself, he wasted some more time with studying graphic design before deciding to do animation, which is what he wanted to do in the first place anyways.

Several stints at several amazing studios in several cities – including Madrid and New York as a creative director at PSYOP – led him to a settled position as a partner and creative director of SEHSUCHT in Berlin. Here he works with a hardcore bunch of crazy design fanatics on their signature style of moving images.

He also is the proud owner of a swimming badge and he got in 2nd at a regional drawing competition in third grade. After spending 12 hours in front of the computer at work, he likes to spend 12 more hours in front of the computer at home. Recently, this borderline behaviour was validated by winning some industry awards as well. While this fact is completely irrelevant to the real world whatsoever, he finds it strangely soothing. 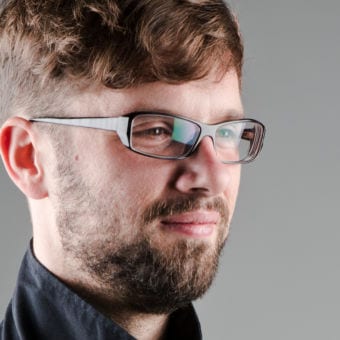 The End Is Nigh! A Playful Dystopia