Kim is a dreamer, designer, and maker who spends his days as immersive design lead at Adobe working on Aero, an augmented reality mobile app for creatives. Kim is an innovator in spatial computing UX, including the Microsoft HoloLens AR headset, volumetric desktop experiences on Windows, and mixed reality AR/VR tools for enterprise.

In his off hours Kim is a photographer and film maker, and recently has been looking at the intersection of immersive tech and image making, building several cameras that speculate on the future of cameras and displays. Kim also enjoys telling visual stories using practical effects like fluid dynamics, bubbles, ferrofluid, and light. His award winning work has been featured on NPR, Wired, Discovery Channel, Vimeo Staff Picks and the feature film Synchronicity. For fun, Kim makes interactive gadgets for his cat, MIDI, including a cat-sized pinball machine and a treat-dispensing electric skateboard! 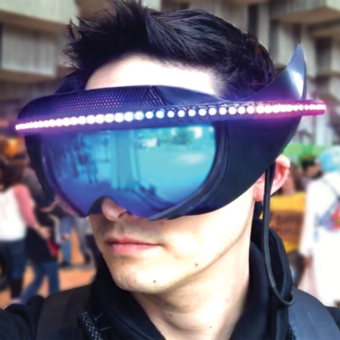