Karri works as the practice lead of interaction and service design at RBC Royal Bank of Canada in Toronto, Ontario. He also teaches the UX Design Certificate Program at the University of Toronto School of Continuing Studies. His day-to-day work includes supporting, guiding, nurturing and growing a large team of interaction designers with his colleagues as well as working with stakeholders to help build the future of RBC.

Originally from Finland, Karri’s worked in Europe, the Middle East, the US and Canada on his design career since the late 1990’s. Prior to becoming a designer he worked as a TV host and journalist, as well as toured the world as an electronic musician and deejay. He was an active long distance runner until he had children. Now he runs shorter distances in faster spurts to keep up with his kids. 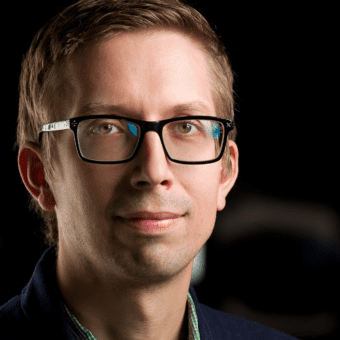 Start by Understanding the Problem, Not by Delivering the Answer