September 16-18, 2010 2010-09-16 00:00:00 2010-09-19 00:00:00 America/Toronto FITC Mobile 2010 Back for its second year, FITC Mobile is one of the only events covering all aspects of mobile content development – jam-packed with presentations, demonstrations, and panel discussions. With some of the most interesting and engaging presenters from around the world, FITC Mobile is two… Toronto FITC Toronto

As Lead User Experience Designer and UX Evangelist for Universal Mind, Joe Johnston describes his role as “not a designer, not a developer, but in-between”. With 13 years of experience in design, he’s been creating great User Experiences well before the term “UX” was created. He specializes on delivering consumer grade enterprise applications, interactive software applications for the web, desktop, kiosks, and mobile and embedded devices.

Prior to joining Universal Mind, Joe served as a UX Technologist at Knoware where he created the Flex Filter Explorer. He also worked as a Front End Technologist at Crowe Chizek where he created hundreds of small banking sites and one of the first Flex Catalogue applications. Joe’s contributions to Universal Mind have been fundamental as he was the UX Lead in creating the Digital Experience Framework that was used in creating the Jimi Hendrix Experience. He was also the idea creator and UX lead for iBrainstorm

Joe runs the Grand Rapids chapter of IxDA. He also enjoys playing hockey with his son, watching his daughter dance and cheering on his wife at running events. 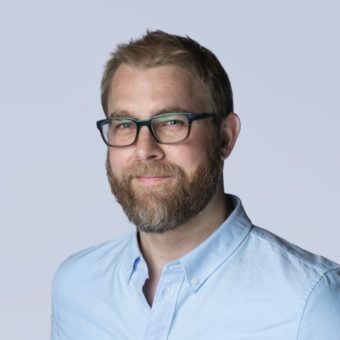 The UX for Multi Device Applications