Eric Chan is eepmon, a multidisciplinary artist working at the intersection of fine arts, design and technology. Among his many creative works, he has pioneered an open data / new media performance in which he does live paintings using real-time weather data.

He has exhibited and performed at numerous art and design venues, including the Ottawa Art Gallery, TEDx Toronto, Gallery O2 in Tokyo, hpgrp gallery New York, and digital art institutions across Europe. In 2009 he was a recipient of a Banff Centre artist residency.

Eric has worked on commercial projects with Microsoft Xbox 360, Mini Cooper, and Panasonic. He most recently partnered with Magmic on Hidden Galaxies, a video game for the Apple iOS and Blackberry Playbook platforms. He taught at Algonquin College, has been commissioned by the City of Ottawa for a public art installation and his work has been acquired by the Canada Council’s Art Bank.

Eric has been featured in FLARE, Beautiful Decay, IdN, Computer Arts, and JoshSpear.com. He recently co-curated with MoCo Loco a series of in-depth artist interviews for its Art Week 2012.

Now residing in New York City, Eric is currently collaborating with Canada Goose on a limited edition line for its 2014 Winter Collection. 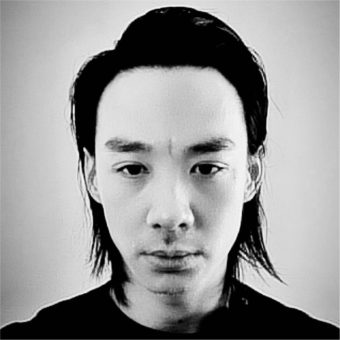