Dustin Amery Hostetler – A.K.A “UPSO” is a graphic artist living and working in Toledo, Ohio. He studied painting and video at the Art institute of Chicago before switching gears and finished up his degree with a BFA in graphic design. Dustin has been exploring computer-aided art since the 90’s. Focusing on bold colors, human elements and a strong graphic base, his work has been shown internationally, including LA, NYC and Taiwan. In addition, he is an illustrator working with magazines such as Wired and XLR8R. He also publishes the annual art magazine “Faesthetic,” and has taken on the role of curator, putting together group shows in LA, Chicago and NYC.

Dustin collaborates with his fiancée, Jemma Gura, on art projects as “PURPASTOE” and on client work as “Sans Nom.” 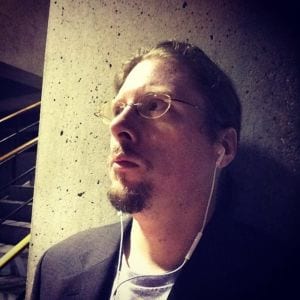 GRAVITY; A Story About Relationships