Anrick is a VR and Interactive Filmmaker. He is inspired equally by cinema and games, and learned how to code at a young age. He loves projects that involve a mix of storytelling and experiential technology. In his own work, he likes to challenge the viewer to get involved and decide how the story should develop. A recent example is his independent VR game “Storm,” which is being released for Oculus Rift and the HTC Vive.

Last year he travelled to Honduras to make a VR film with Water.org, showing how access to clean water changes people’s lives. Before that, he worked closely with Paloma Faith, who dressed as a Geisha to co-star alongside Graham Coxon in Desire, a surreal short film for Converse. And he also filmed cycling champion Christian Vande Velde riding down the Malibu mountains at 40 mph, in a Virtual Reality film for Lexus, never quite sure whether or not he had fallen off the edge.

Anrick won the Horizon award with his Interactive Documentary, The Most Northern Place, and the FWA of The Year with Find Your Way To Oz. His work has been recognised by the Webbys, the One Show Awards, Cannes Lions, SXSW, New Media Film Festival and D&AD, among others. 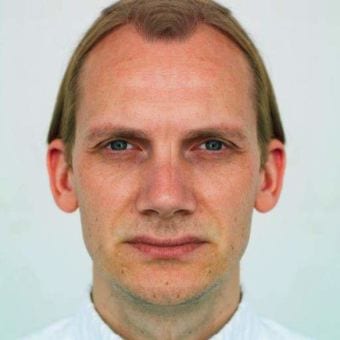