Anna is a senior interaction designer at Google, on the Stadia *Lab research and development team. She is best known for her previous work at Double Fine Productions, where she contributed as a gameplay and AI programmer to various unreleased and top secret projects as well as Psychonauts (2005), Brutal Legend (2009), Costume Quest (2010), Once Upon a Monster (2011), The Cave (2012), Dear Leader (designed and led the prototype, 2014), Broken Age (2015), Headlander (2016), and Psychonauts 2. She was the founding organizer of Molyjam, a game jam inspired by Peter Molyneux and the parody Twitter account based on him, @petermolydeux. Anna has served on the Independent Game Festival’s technical and audio juries, the Global Game Jam theme committee, and as an adviser for UCSC’s MS Games & Playable Media program. Aside from making games, she likes to sing obscure early music and study languages. 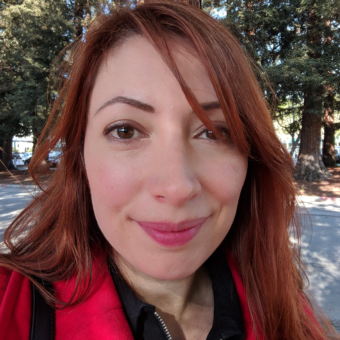 Prototyping for Stadia and the Story of Real Time Transfer