Dreaming Up with Nando Costa 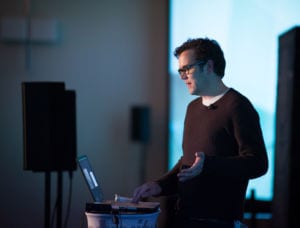 "Dream up: To invent by ingenuity and imagination."

Nando Costa is a Brazilian director and graphic artist based in Portland, Oregon. At a very young age he began experimenting in visual arts and wasn't afraid to use various mediums while doing so. During his search, he eventually found his niche in graphic design and photography, which quickly expanded into animation and live-action. Finding your niche isn't easy, neither is harnessing that style, but by doing so your world becomes so ripe with possibilities.

One look at Nando's portfolio and you'll be amazed. Ranging from organic, almost life-like animations, to works that are sublime and rich with life, Nando offers a unique representation of the world around him, exploring strange new heights along the way.

While Nando has an extremely unique, unconventional vision, he's worked with a plethora of global brands like Apple, Adobe, Absolut, Coca-Cola, Cartoon Network, Nintendo and Microsoft. So while he maintains his personal vision, he also maintains a flexible attitude while creating each and every one of these pieces. 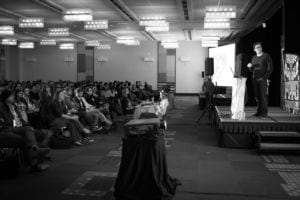 For instance, take his instalment for Fox Movies (a collaboration with processing artist Robert Hodgin). To the untrained eye, this piece is just live, albeit surreal,  footage of a flock of birds entangled in strings, but in actuality it's a sequence of 3D modeled birds. Robert utilized a single bird cycle to create an application that allowed them to generate animations of the flock in intricate flight. This process not only saved time during post production, but gave them full control over behaviour like collision and gravity all while maintaining that fluid movement. It was conventional, but also very unconventional, almost eerie, in scope.

So how does Nando come up with these pieces? The answer is surprisingly simple. "Anything can be a concept: Playing in the dirt, spilling coffee beans on a counter. Let ideas manifest themselves.” Inspiration can be anything, anywhere; the rest is up to you.

Nando presented his talk Dreaming Up at FITC Toronto 2013.