Vera-Maria is co-founder and managing director of digital art studio FIELD, which she leads together with creative director Marcus Wendt. As a producer, creative and strategist, Vera has been at the core of bringing the studio’s cutting edge ideas into reality for nearly a decade, including partnerships with Nike, Diesel, Deutsche Bank, ABB and Samsung. After nine years of building the studio in London, she now heads up FIELD’s new venture in Berlin.

Born in 1983 in Germany, Vera studied visual communication with Joel Baumann (tomato interactive) and Bernard Stein (Ott+Stein, MetaDesign) at the School of Arts and Design in Kassel and graduated with distinction in February 2009. Before founding FIELD, Vera started out as a producer and curator in media arts, performance and film in Kassel and Rotterdam. Vera frequently speaks at conferences and festivals, including OFFF Mexico, SEE Wiesbaden, EYEO in Minneapolis, Resonate in Belgrade, Toca Me in Munich. 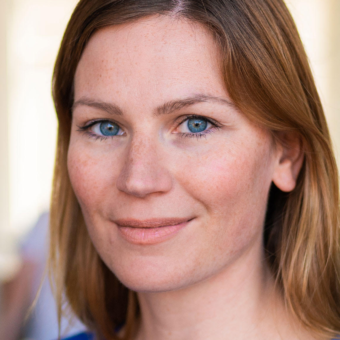 Aesthetics of the Future