Timothy C. Marzullo received his B.S. in Biochemistry from the University of Texas at Austin in 2001 where he worked on nerve injury intervention technology. In 2002 he worked as a Research Intern at NASA Ames Research Center. Tim received his Ph.D. in Neuroscience in 2008 in Daryl Kipke’s Neural Engineering Lab at the University of Michigan, studying the neocortex for neuroprosthetic applications.

From 2009-2010, Tim worked with dual appointments as a post-doctoral fellow at the University of Michigan and as a research engineer for NeuroNexus Technologies, designing and supporting novel brain electrode technology for scientists around the world.

In early 2009, Tim co-founded “Backyard Brains,” whose motto is “Neuroscience for Everyone” by designing and making inexpensive equipment (<$100) that allows scientists of all ages to study and understand the electrical activity of the brains of insects. The idea began as a self-imposed engineering challenge between Tim and his friend Greg Gage to improve neuroscience outreach to local schools in Michigan.

This exciting side project rapidly took over Tim’s life and with the generous sponsorship of the Kauffman Foundation, the National Institutes of Health and the Start-Up Chile Program, Tim now works full-time on Backyard Brains meeting head-on the challenges of taking his prototypes to market and removing the perception that the brain is magical. To date the inventions of Backyards are in 53 countries around the world and he currently splits his time working in Chile and the U.S. Some new inventions include the “RoboRoach,” a bluetooth wireless neural stimulator for studying cockroach behavior, and the “Completo,” a fully portable electrophysiology rig. 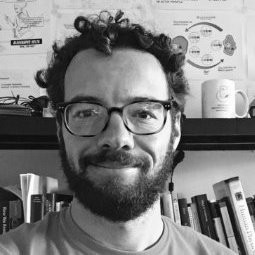 Backyard Brains: Bringing the Body’s Electrical Signals Out of the Body