Stefan Wagner (andsynchrony) is an interaction designer currently based in Würzburg, Germany.

Stefan fancies design & technology for creating playful and immersive moments inside heads. For that purpose, he likes to use a wide range of tools, of which his favourites are creative coding with Processing (Java), openFrameworks (C++), Javascript, among others, as well as animation and 3D modelling.

Stefan holds a Bachelor of Arts in Communication Design and has just started his master’s studies in the field of Information Design in Würzburg, Germany.

His excitement for digital design evolved when Stefan began creating levels for common game engines like the Unreal Engine. From that, he got into 3D modeling and animation. Later, during his first semesters studying, Stefan focused on motion design but quickly realized that the possibilities of interactive design matter to him. Stories are so much better to tell if they are explorable by the user.

Remembering his initial connection to games, Stefan is concentrating his current master’s degree studies on how to implement playful experiences into design in order to convey sustained knowledge to an audience or user.

Stefan has been working on various projects in a professional capacity in the fields of motion, interaction and spatial design, mostly for exhibits and museums. He is a member of staff at Würzburg-based research centre Design und Systeme. 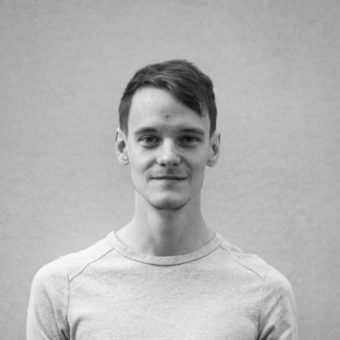