November 10-11, 2008 2008-11-10 00:00:00 2008-11-12 00:00:00 America/Toronto Pause PAUSE, an exploration of concept and design within Broadcast and Film. From :30 commercial spots to feature film projects, PAUSE will examine the creative and technical approaches of industry leading studios and agencies. We assembled some of the best in the business and they presented two… New York FITC New York

Ron Gervais is a director / designer / animator based in Toronto Canada.

Studying art from a young age Ron first attended BealArt in London Ontario Canada as a teen where he was introduced to a diverse range of art making. He later graduated with a degree in Fine Arts and History from the renowned NSCAD University in Halifax NS.

Ron benefited from studying and practicing both fine art and design for many years and has been able to develop a well rounded and versatile knowledge of the visual language which has lead to the production of commercial and non commercial projects in film, design, illustration and motion design/animation.

This background has enabled him to approach projects from perspectives in which each discipline can lend its particular voice in order to achieve unique results starting with an idea and working outward from there. Ron produced work under the studio name IAMSTATIC which he co-founded in 1999 while in university.

After a brief stint in the agency world he and several partners founded Toronto production company Electric Company. working as IAMSTATIC studios until 2007. Ron co-founded Toronto studios BTRY and Township & Company were he was creative director.

He is currently a Director with IAMSTATIC 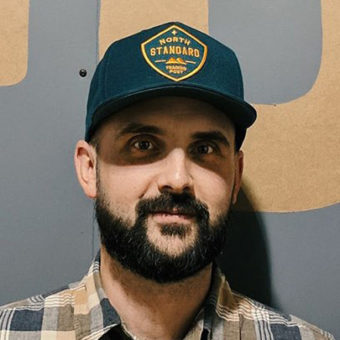 Designing in the 3rd Dimension

In Between the Frames