Mischa Rozema (born 1971) is a Dutch film and commercials director. He is the co-founder of Dutch film company, PostPanic.
After studying Industrial Design, Graphic Design and Image & Media Technology, Rozema’s love of film drew him into the direction of filmmaking. Following the success of their graduation film, A Time For Panic, he co-founded the hybrid film company PostPanic alongside producer Jules Tervoort in 1997.
Having made his name internationally over the years with creatively ambitious work directed for high-profile brands including Nike, MTV, ASICS, TNT, Google and MINI, as well as a string of personal projects, Rozema decided to focus more on the longer format film ambitions PostPanic had been initially set up for.

His philosophical sci-fi feature film idea SUNDAYS managed to successfully start a bidding war between the Hollywood studios resulting in a major film deal for the project. The concept short released in March 2015 was a defining point in both Rozema and PostPanic’s development.
With a new arm within the PostPanic family (PostPanic Pictures), Rozema has also stepped into Producer territory alongside his own feature film projects in production, working to help bring other innovative creative director-led film ideas to Hollywood’s attention. 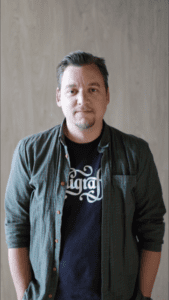 Keeping Up the Good Work