Matt Gorbet twists technology to create the unexpected; he co-founded Gorbet Design, Inc. to create unconventional objects and experiences in public spaces. These artwork and installation projects have been exhibited internationally and installed permanently in retail, hospitality and educational environments.

Matt has developed and taught Physical Computing and other design courses for the Canadian Film Centre and OCAD University, and has co-founded a research lab at Ryerson University. He recently led a 5-year project designing the infrastructure for the “Art+Technology” public art program at the San José International Airport, including several collaborative commissioned works.

Among the first graduates of the Tangible Media Group at the MIT Media Lab, Matt went on to become a member of the research staff at Xerox PARC in the 1990s, where his multidisciplinary team pursued speculative design of new document genres. He holds several patents on novel interaction technologies. 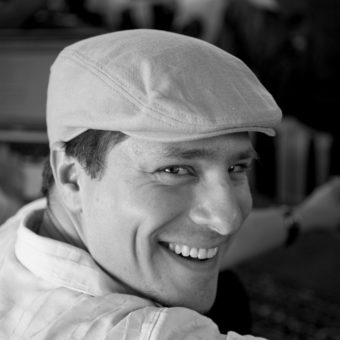 The Challenge of Interactive Furniture