Prior to being named CTO in 2008, Lynch served as senior vice president and chief software architect for Adobe’s Platform Business Unit. Lynch joined Adobe through the company’s 2005 acquisition of Macromedia, Inc., where he served as chief software architect and president of product development. He headed up the creation of the company’s mobile and devices group and served as general manager of the web publishing group. Lynch also oversaw the initial development of Macromedia® Dreamweaver®, a leading web development product.

Before joining Macromedia in 1996, Lynch worked for General Magic, where he pioneered a navigational user interface for handheld communicators. Previously, he designed the user interface and developed the first Macintosh release of FrameMaker® software for Frame Technology, later acquired by Adobe. While at the University of Illinois, Lynch developed early Macintosh applications, including a desktop publishing program that introduced user interface elements in common use today.

Lynch holds three patents with others currently pending, and he is involved in Adobe’s international standards efforts with organizations such as the W3C, ECMA and ISO. Lynch studied interactive computer graphics at the University of Illinois, working with artists and engineers in the Electronic Visualization Laboratory. Adobe revolutionizes how the world engaged with ideas and information – anytime, anywhere and through any medium. For more information, visit www.adobe.com. 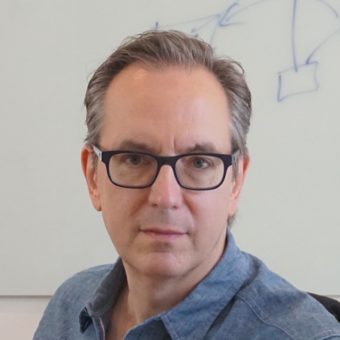