Karl Martin is the co-founder and CEO of Bionym. He is an innovator and entrepreneur, one that is constantly driven to create new things that capture the imagination. He is a recognized expert in biometrics, security, and privacy, having served as an expert witness, and an international speaker on these subjects. Karl also has unique insights into the startup world, and the future of wearable technology. He holds a Ph.D in electrical and computer engineering from the University of Toronto, where he was formerly an instructor. Karl has invented multiple security and biometric technologies still in current use today. Karl has been quoted internationally in several major media outlets, including WIRED, CBC, BBC, New York Times and Time Magazine. 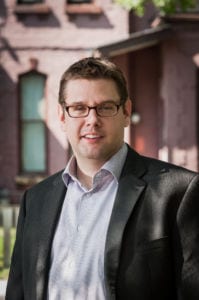