After working towards a Bachelor of Arts degree in Interactive Media at UQAM in Montreal, Justin moved to Toronto in 2014 to pursue his many passions. While graphic design and visual storytelling have always been his core interests, Justin wanted to tell stories that people could directly interact with through interfaces and moving elements. Already equipped with a few years of coding experience for the web, he quickly found a place at CampusVibe as sole creator of the entire front-end user experience of the platform that is now used by thousands of students globally.

Thirsty for more challenges, Justin began learning 3D in his free time early 2017. A year and a half later, the only Friday night binge-watching Justin knows is binge-watching Cinema 4D tutorials. 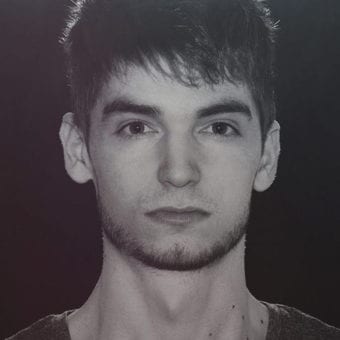