Jared Sims was born and raised in Virginia where he started studying piano and saxophone at a young age. Today, Jared is based in Boston and performs on all of the saxophones as well as clarinet and flute. He has toured extensively in the U.S. and Europe with various projects, and will tour in India this December with Mango Blue, a Latin jazz/pop group. Jared was a founding member of Miracle Orchestra, awarded “Best of Boston 1996,” whose active schedule included a performance at Phish’s Lemonwheel Festival. Jared regularly performs with Dead Cat Bounce, which has won several Boston Phoenix Jazz Polls. Jared has played Cleveland’s Tri-C Jazz Festival, Flint (Michigan) Jazz Festival, New Haven (Connecticut) Jazz Festival and Northsea Jazz Festival in the Netherlands. He has performed with such diverse artists as Matisyahu, DJ Logic, Oteil Burbridge (Allman Brothers), Matt Wilson, Cecil McBee, Stefon Harris, Han Bennink, Ran Blake, Artie Shaw Band, and Jimmy Dorsey Orchestra. In 2005, Downbeat Magazine recognized the recording that Jared co-lead—Blueprint Project—with four stars. Jared has appeared as leader or sideman on twenty different albums crossing several genres and his studio work has been featured on national television as well as several popular video games. Jared is a guest artist and faculty member at the University of New Hampshire and the University of Rhode Island. More information about live performances or recordings can be found at www.JaredSims.com. 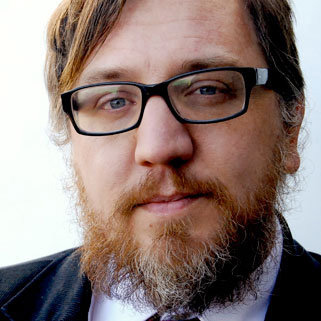