Holly is the founder and editor of Stupid Magazine: a print publication about the music we love, and the ways we’re experiencing it. Alongside building Stupid, Holly curates a weekly newsletter about business models and entrepreneurship in the media space, and writes about the lessons she’s learning on Medium.
Prior to launching Stupid, Holly was Marketing & Partnerships Lead at digital products agency TWG. Through TWG, Holly organized Startup Next in Toronto – the Techstars-backed startup pre-accelerator program – and was a director of LEANARTS – a collaboration between TWG and Canada’s Performing Arts Alliance that teaches lean startup concepts to arts organizations.

With a background in PR and community management, her work has appeared in The Guardian, The Globe & Mail, Mashable, Huffington Post, TNW, Poynter and on CBC’s Spark. Her music industry experience includes work for publicity agencies, artists, promoters, and major music festivals NXNE and WayHome. She is an advisor to #Paid (the best platform for connecting brands with social media influencers) and Small Rooms, Canada’s leading podcast for technology entrepreneurs.

She moved to Toronto from the UK in 2011 and became the Art Gallery of Ontario’s first community manager, growing their online footprint by more than 50% and turning the gallery into Canada’s 2nd most influential non-profit on social media. She led the installation of the gallery’s first Twitter wall and ran a custom QR code campaign – but don’t judge her for that last bit.

Holly likes talking about Kanye-West-as-contemporary-art-hero more than any human being should and her favourite words are ones that have both P’s and B’s in them. She once petted a Komodo Dragon. 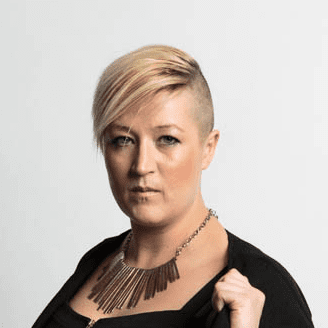