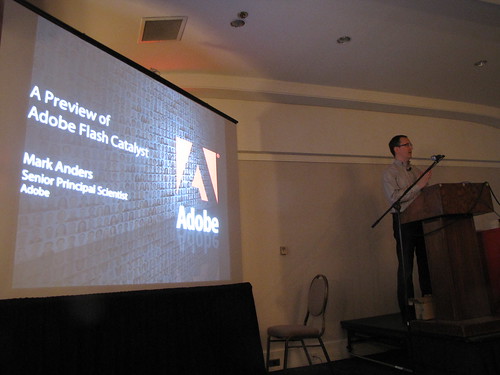 People were packed into the Tom Thomson conference room at FITC to catch Mark Anders show a preview of Flash Catalyst, the upcoming Adobe tool to design Flex applications.

Mark mentioned that Adobe's Ted Patrick recording the session and that video would eventually be available online on tv.adobe.com. With Adobe Max, this meant videos would be available a couple of months after the conference. Well, looks like they streamlined the process, as a video of the session was made available earlier this afternoon!

However some highlights for those who don't have time to watch the hour long video right now: 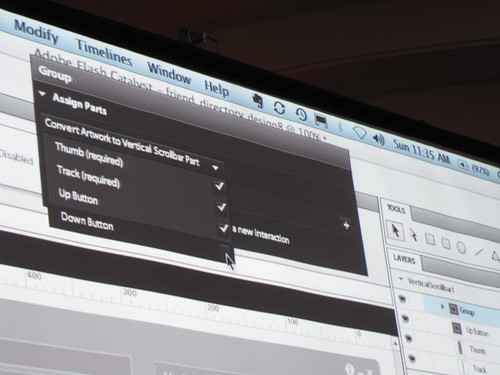