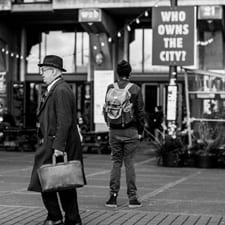 This year FITC returned to Amsterdam for the eighth time, bringing together top brass from all over the creative industry. The new venue at Pakhuis de Zwijger had a packed schedule with interesting talks by both new and returning speakers. Together they covered a lot of ground on various topics across design, code, art, business and more.

On the web development side, WebGL was well represented with talks by Frank Reitberger and David Lenaerts, who explored its possibilities and inner workings. Like last year, WebGL was framed as something to look forward to in the future, rather than fully embrace in the present. Although the adaptation of WebGL enabled browsers and hardware is steadily improving, it doesn’t seem to be quite there yet. Perhaps next year WebGL will finally be referred to in the present tense?

Outside the browser, 3D-printing was a particularly popular topic. Creating physical objects through code was a natural step for several speakers who were either tired of staring at computer screens, or just eager to explore a new medium. Sougwen Chung talked about using it to give her line drawings a third dimension, and embracing the properties and imperfections of the material that emerges. Marius Watz is exploring 3D-printing as well, using it to free his algorithms from the confines of the screen. 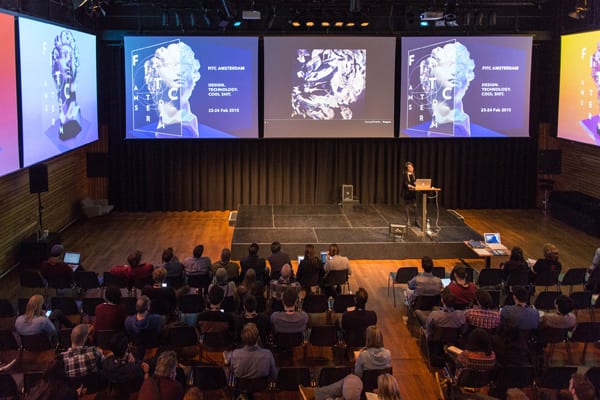 Another recurring topic was creating custom software as a central part of developing a project. Crafting your own tools enables quicker iteration and deeper exploration of a specific visual system. A number of speakers showed how such exploration results in a series of works, each leading to a better result. For instance, Mario Klingemann is still working on sorting heaps of images in internet archives, creating increasingly interesting digital collages in the process. Another striking example was Quayola. He showed off several generative systems that combined classical art, which surrounded him growing up in Rome, with low-poly abstract geometry. 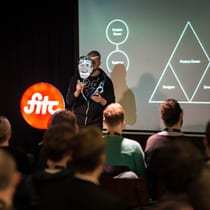 A common theme throughout the event was technology driving the creative process, instead of the other way around. New technologies are being developed rapidly both on and offline. This opens many new avenues to explore, and sheds new light on existing ones. Technological innovation was a key part in talks by both large studios and individual artists, but it was articulated most by Steve Vranakis. Through DevArt, he has been working on reframing the public perception of programming as a creative discipline. By putting code artists in the spotlight he endeavors to inspire the next generation to explore the possibilities of creating with code.

This year’s conference also had a strong focus on business. Considering the omnipresence of technology, there are now more potential ventures than ever. Moreover, if you spend the day helping clients market their business, turning that expertise on your own product takes only a small leap. An example of this was One Method opening a taco restaurant in Toronto. An advertising agency running a restaurant might sound strange, but the venture was incredibly successful, with customers lining up in droves every night. It also generated a lot of new business for the agency itself, so to say the investment paid off would be an understatement.

These were just some of the themes, topics, projects and speakers at the event. No matter what your interests are, you will always find an abundance of content at FITC. I’m already looking forward to see what they will bring to Amsterdam next year.

All photos by Merten Snijders

Article written by Szenia Zadvornykh, a creative developer working at dpdk. For his personal projects, check out http://codepen.io/zadvorsky/.