Get to know Myron Campbell 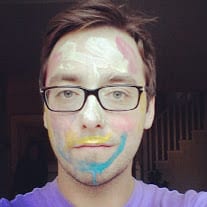 Myron Campbell began his work with the Trailer Park Boys in Halifax after completing a diploma in Visual Communication at the Medicine Hat College in 2001. Following that he spent 4 years at the Banff Centre For The Arts as an Interactive Consultant and Lead Designer for the online digital arts + culture magazine, Horizon Zero.

In 2010, after many years of freelance interactive design and animation, Myron joined Switch United as their youngest Art Director at 28 years old. It was there that he co-created interactive installations for the Vancouver 2010 Olympics. Myron was awarded Best Interactive Designer for his installation work at the Canadian New Media Awards in Toronto, Ontario.

Myron is a full-time instructor at the Vancouver Film School and is also a recent MAA graduate in the field of Media Arts at Emily Carr University of Art and Design where he received the Governor General's gold medal for academic excellence.

1) Can you tell us about your early beginnings, Myron. You’ve been drawing since you were a child, who were your greatest influences growing up?

Sure! Honestly, one of my biggest supporters was my mom. She wouldn't admit it but she can draw really well. When I was really young she taught me how to draw Sesame St and Muppet Show characters. A lot of my family have been really supportive in that way and encouraged my drawing at an early age. Looking back, I feel really fortunate that I had a family that supported me so much.

Jim Henson was my biggest influence growing up. I loved everything he did, from Fraggle Rock to the Dark Crystal. He had this amazing ability to give life to his characters and allow you to care for them, hate them or fear them. He was a true visionary. I get sad when I think of all the things he would have done if he was still alive. I was 12 yrs old the day when I found out he died. It was so sudden and tragic. I loved him so much, it felt like a family member died.

On a lighter note, I also had a profound love of Surrealist artists at a young age. René Magritte and Salvador Dali painted dreams and illusions that were strange and familiar all at once. When I started painting, I started by trying to emulate that feeling and imagination so I'm sure there is a piece of them in what I do now.

2) How did you come to teach at the Vancouver Film School?

I always had a dream of teaching and being amongst a student environment at some point in my career. The environment is so energizing and inspiring and I really wanted to be a part of that. I was an Art Director at Switch United here in Vancouver and met the former head of Digital Design, Sebastian de Castell. He told me about this great opportunity for working professionals to aid in graduate projects as a mentor. I jumped at that and really enjoyed it. Sebastian later asked me to teach part-time which terrified me, honestly, but it was such an exciting challenge. From there I was hooked and I eventually made the jump from my Art Director position to full-time teaching in 2010.

3) Your medium of choice is interactive animation and installation, why do you love it so much?

Ultimately, it's the participatory component that intrigues me the most. I can build these stories and characters with intricate detail and allow the audience to explore and investigate. They uncover the story rather than have it hand-delivered. It's unexpected, surprising and sometimes rewarding to find hidden details and have a unique experience with the work. I appreciate the idea that you could have a partial cinematic experience where you are watching characters interact in a living room then later, when they are finished, you could go and pick up a book they were reading and flip through it. It's that layering of narrative that is most intriguing to me. 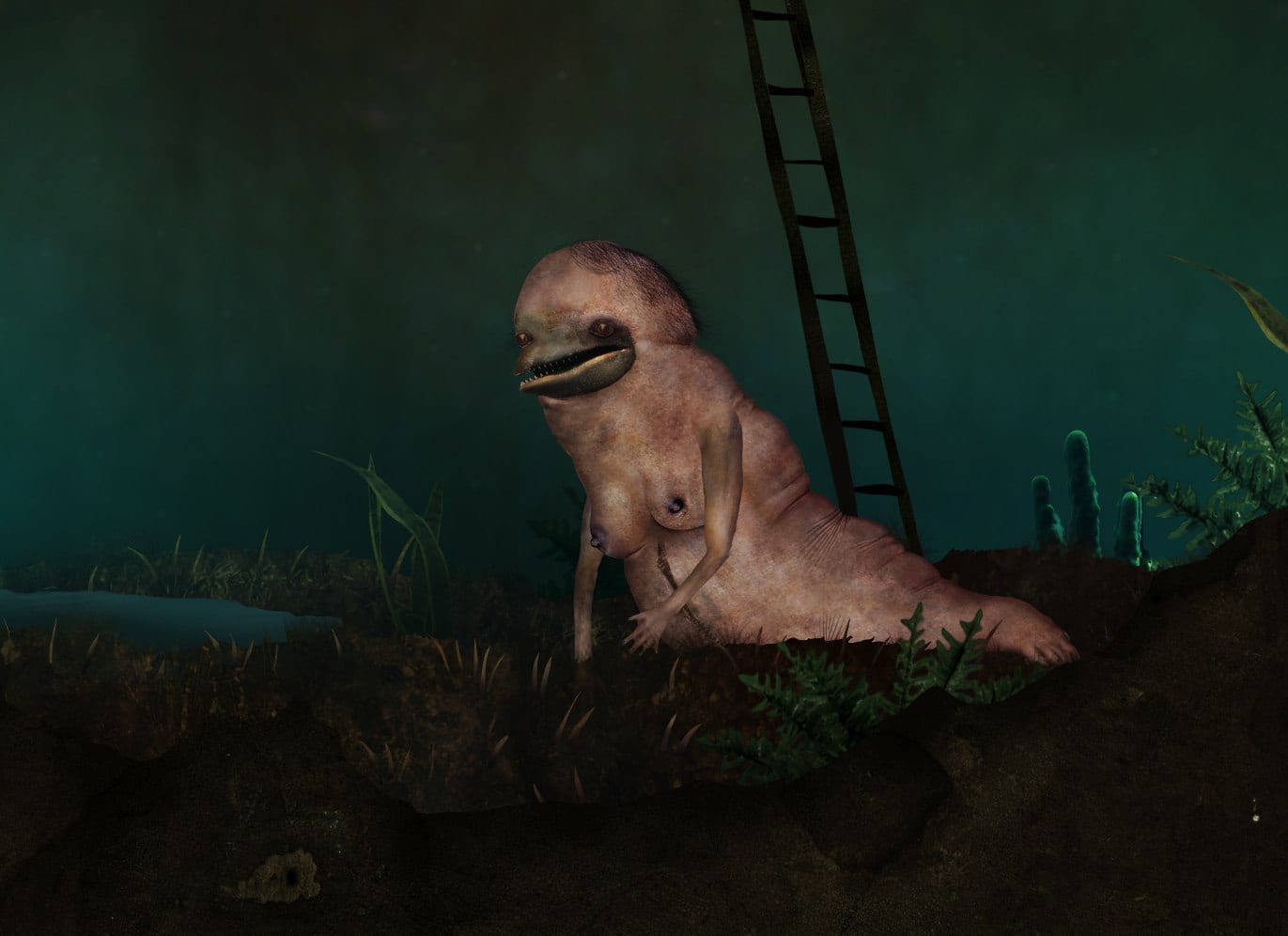 Installation work is fairly new to me. My last few projects before I left SU were large scale interactive projects for the 2010 Olympics. For the first time, I had to think beyond the screen. Everything had to be considered, the evironment, the lighting etc. I got into the challenge of extending the experience which is something I'm trying to do more in my personal work now. With In the Caves of Mt. Ida, BC, I attempted to do just that. I built a physical experience in which to interact with the work. The main character, Mu, is just going about its daily routine of eating, sleeping, drawing and listening to music. You can enter Mu's space and observe quietly. If you are loud or distracting, Mu will become upset and take off. I'm really interested in what can happen when you don't interact. In this case, the more you do the less you actually see.

I'm now thinking more on how to combine virtual and physical narrative spaces. Where the gallery experience could be extended in a virtual space. Like you flip through diaries and journals in the gallery and find urls or apps that you could investigate further at home.

4) You share your idea that art can become it’s own creation, can you elaborate on that?

I guess it's my way of letting go of control and standing back a bit. The work I make is not so controlled with hopes that there are opportunities for an audience to enter the narrative. As the creator I do have intentions of expressing certain things but I also know that you can't control how the audience will view and interpret the work. Therefore, I'm interested in this idea of experiencing narrative-filled moments without a clear beginning, middle and end where the audience has to fill in the blanks. In that way, I can give life to these pieces but I can't really control how they exist.

5) Please tell us about your Draw By Night initiative.

I was working as an animator in Montreal for the National Film Board for a short time and once went to a friend's house for some social drawing. Not really knowing what to expect, I found myself really liking it and I was getting charged up by seeing what others were drawing. When I started teaching at VFS I knew this could be a potentially great thing to start with the students. The school was game and Draw By Night was born. Since then it's really grown. People from all over the city, not just students, attend these parties now and we have chapters starting up in different cities. There is one in Cologne, Germany that has been running for a year and I've been talking to a couple other canadian cities this year too.

6) You spoke at FITC Vancouver late last year and FITC Toronto this year, how was your experience?

It was so fantastic. I've been a fan of FITC since the can-opener days! It's been, and still is, one of my favorite conferences to attend. I always come away with really inspiring memorable gems bouncing around in my head. It's consistently great in that way so being invited to speak was a big deal for me. It's been really rewarding sharing with people what I've experienced as an artist and designer and really great extend those conversations at the event.

7) Lastly, what would be the one piece of advice you’d give to an emerging artist?

Invest in yourself. Make time for yourself and your craft, whatever it may be. It's an easy thing to say and really hard to do. But what better way to be an artist than to make art. Only good things will come of that.

Myron presented at both our FITC Vancouver festival and FITC Toronto festival. He was also the inspiration for The Ugly Room – an installation giving FITC attendees a place to unleash their creativity.