In 2008 Wilson Brown co-founded Antfood, a creative audio studio in New York and São Paulo.  Since then, he has helped the company grow into a premier studio in the creation of music and sound for video, design and immersive experiences.  As a composer and Global Creative Director, he has worked on projects and campaigns that have won awards at Cannes, AICP, AMP, the One Show, the Emmys, the Oscars, SXSW and Sundance.  Wilson was awarded the Art Directors Club’s “Young Guns 9” and First Boards’ “Composer of the Year”. His work has been featured at MoMA, the New Museum, Red Bull Studios, and various film festivals and publications.  In addition to global advertising campaigns for Emirates, Nike, Budweiser among others, Antfood has produced pro bono work of note for Good Books, the United Nations and Red Cross International.

Wilson completed a M. A. and B. A. at Brown University, and has spoken at Playgrounds, F5, The Art Director’s Club, the Apple Store SoHo, and Make Music New York.  In addition to writing, producing and recording music for linear media, he has helped Antfood become a leader in multi-dimensional audio for new media and VR projects, including The Art of Pátron, Avengers VR, Under Armour: Shanghai, among others. Wilson lives in Brooklyn with his lovely wife and daughter, and has a band called Alagoas on the side. 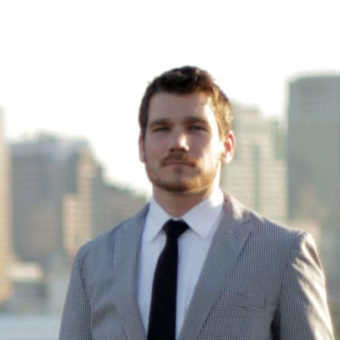 The Unknown: Running A Creative-Driven Business