Burgerman uses accessible materials to make colourful and comical works. He encourages mistakes, experiments and improvisation within his practice to allow for new ways of making.

Jon was born in the UK in 1979. He received a first-class honours degree in fine art from Nottingham Trent University in 2001 and moved to New York in 2010. He regularly exhibits and lectures about his practice all over the world and across social media, where he has a dedicated following.

His artworks are held in the collections of several institutions including the Victoria and Albert Museum, London and Nottingham Castle Museum & Art Gallery. He has also collaborated with international companies and brands that include Instagram, Snapchat, Nike, Puma, Samsung, Apple, Pepsi Co., Sesame Street and Disney. 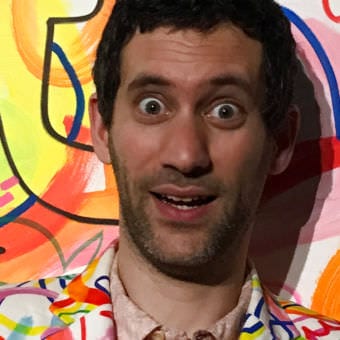 How I Learnt to Stop Worrying and Love Jon Burgerman