Ivan is a San Francisco-based interactive artist and filmmaker who believes in the power of human connection.

He is the founder of Cash Studios and the creator of renown independent projects like Snail Mail My Email (and author of the self-titled book), Selfless Portraits, Occupy George, and the ‘Last Photo’ Project. He has worked with select brands: Airbnb, MTV, Facebook and Pinterest; and with select agencies: Wieden+Kennedy, 72&Sunny, and Deutsch.

Ivan’s work has exhibited internationally, is in the permanent collection of the V&A Museum in London, and has been featured in CNN, TIME, The New York Times, and MSNBC. In 2013, the Art Directors Club named him a “Young Gun”, and in 2015 Print Magazine named him a “New Visual Artist.” Ivan believes talking to strangers can change the world, but nothing would make him happier than if you closed your eyes for 20 seconds and just listened to your breath. 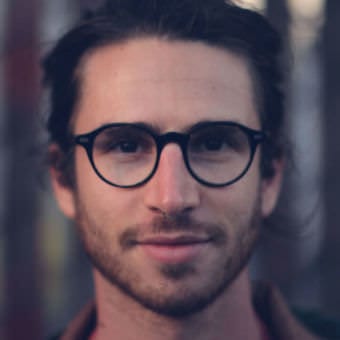 Making Work For Humans, Not Consumers