Since as far back as he can recall, Greg wanted to make real-time graphics tools for artists. After drawing his first pixel on a CRT in the Atlantic Ocean for a UN weather research project in 1974, he found himself in aerospace helping develop the training simulator for the US Space Shuttle’s CanadArm robotic manipulator and other aircraft simulators.

Greg became head of R&D at Omnibus Computer Graphics, then in 1987 he co-founded Side Effects Software, makers of Houdini, where he received two Academy Awards for the advancement of procedural visual effects tools in the film industry. He closed in on the dream of real-time graphics for artists by starting Derivative in 2000 where he currently leads the team making TouchDesigner, which has been used on-set for the film Gravity and in projects for Walt Disney Imagineering, Google, Blizzcon, Prada Tokyo Epicenter, MIT Media Lab, Carsten Nicolai, Plastikman, Michael Snow and more.

Today, Greg is most interested in seeing the infinite creative uses of physical objects interfaced with each other through TouchDesigner, coupled with images, audio, information streams and our senses. 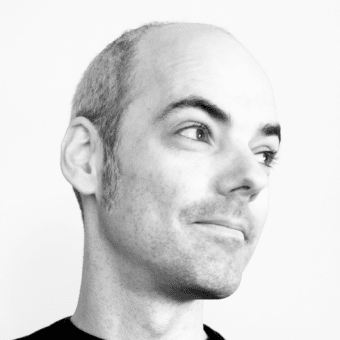 TouchDesigner as a Playground