Douglas Crockford was born in the Frostbite Falls, Minnesota, but left when he was only six months old because it was just too damn cold. He turned his back on a promising career in television when he discovered computers. He has worked in learning systems, small business systems, office automation, games, interactive music, multimedia, location-based entertainment, social systems, and programming languages. He is the inventor of Tilton, the ugliest programming language that was not specifically designed to be an ugly programming language. He is best known for having discovered that there are good parts in JavaScript. This was an important and unexpected discovery. He also discovered the JSON Data Interchange Format, the world’s most loved data format. And he works at PayPal. 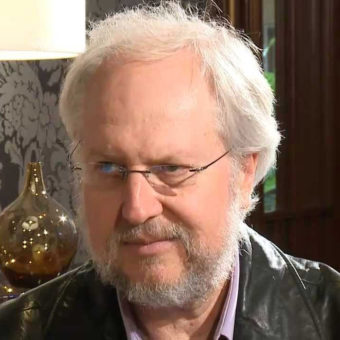