Angelica is a lead roboticist at the world’s largest humanoid robotics company, with over 20,000 humanoid robots currently deployed in homes, stores, and research labs in over 60 countries. She has been fascinated by robots ever since she watched Rosie the Robot on the Jetsons. Today, she programs robots to be fun, interactive and empathetic. She believes in bringing back the humanity to our technology, in a world increasingly taken over by screens.

She has developed software for autonomous robots for over a decade in Japan, Canada and France, and is an expert in signal processing and artificial intelligence, specifically in the realm of emotions and developmental robotics — robots that learn like children. A native of Vancouver, BC, she holds a Ph.D. and Master’s in AI from Kyoto University in Japan, and a B.Sc. in Computing Science from Simon Fraser University. 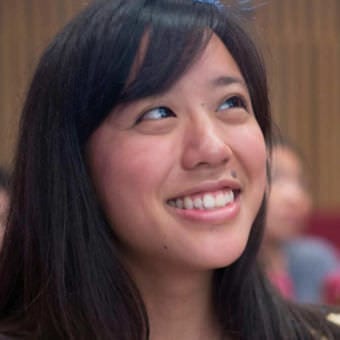