Get to know Reed + Rader 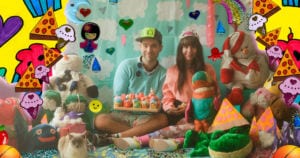 The story of Reed + Rader begins over a decade ago on the internet when Matthew messages Pamela and says, “Hey I like your blue hair”. After stops in farm-town and coal country America they ended up in New York City where they joined forces while attending the School of Visual Arts for photography and Interactive Telecommunications Program (ITP) at New York University.

Somewhere around 2007, Pamela said to Matthew, “Hey let’s stop taking still photos, push the internet – this place we love dearly – as a visual art platform, and make images that move”. Since helping to make the animated GIF a legitimate photographic editorial medium, Pamela and Matthew have continued to imagine the digital possibilities in video, virtual worlds, and both internet based and physical interactive installations. Regardless of medium, Pamela and Matthew's work is about the playful connectedness of the internet where everyone wears a mask and can be anyone, anything, and anywhere they can imagine in their digital dreams.

When not day dreaming about vacationing at Disney World Mars, Pamela and Matthew can be found gardening, making stuffed animals talk, and wrangling their three crazy cats. They live in Brooklyn, New York.

Reed + Rader will be presenting Cats, Dinosaurs and A Lot of Pizza at FITC Toronto April 27-29, 2014. Thanks for answering some questions for us, Pamela and Matthew! 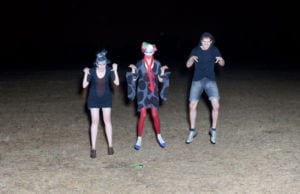 We just wrapped up the holiday season with Happy Hardcore Holidays a music video with dancing snowmen. Since then we've been working on a lot of match motion tests and continuing to incorporate video footage with 3D environments in different ways. We're also in the beginning stages of a longer narrative film very much in the style of our virtual world short Brave New World which was built in the Unreal gaming engine.

2) What do you think is the biggest challenge our industry faces right now?

3) Within your Industry, is there someone that inspires you?

We get really excited by people that do cute projects with faces, creative coders, and anyone exploring virtual reality and interactive installations. 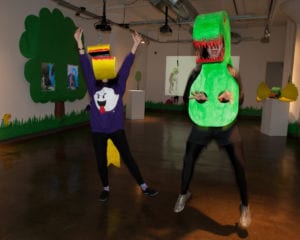 4) Do you have any future projects lined up, and can you share them with us?

We are working on a follow-up to our Dubstep Dinosaurs music video. The planning phase is in it's infancy but we're tentatively titling it "Dubstep Dinosaurs 3D". It's going to be a mocapped dubstepping dinosaur extravaganza built in an interactive virtual environment. We're doing castings for dinosaurs. Get ready!

5) For those new to the industry, how do you recommend they break in?

Since the mainstreaming of the internet it's easier than ever to "break in" but it's much harder to stick around. Whether it's print media, galleries, or some other scene, the internet has blown up the former gatekeepers and that's really leveled the planning field. If you want to break in, make something cool and blast it out to 100 tastemakers and maybe you'll go viral.

At the same time though, the pace has quickened. Breaking in doesn't mean much next week after everyone forgets about you and moves on to the next thing. It's exhausting. Thanks internet - can't stop, won't stop.

6) Favourite cartoon character or superhero, and why?

7) If you had one superpower (or wish), what would it be?

Pamela: To fall asleep on command.

Matthew: To dunk a basketball. 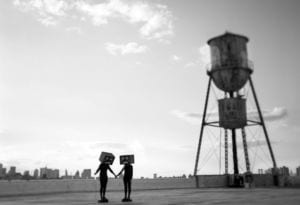 8) Favourite music to work to? Any specific artists?

Pamela: Everything from Rap to Doo-wop to listening to the Breaking Bad song playlist on repeat.

9) If you weren't doing what you are now, what would we find you up to?

Most likely gardening or posting on Brooklyn Farm Girl (a personal blog: brooklynfarmgirl.com)

10) If there was one person dead or alive you could have dinner with, who would it be and why?

Matthew: Carl Sagan - He was the greatest ambassador for human colonization of the stars. John Carmack - Coding genius. Godfather of the first-person-shooter. Virtual Reality Visionary. Elon Musk - To see if he's really from the future sent to save humanity. Michael Jordan - He's the GOAT. The first global superstar and brand.

Thanks, Pamela and Matthew. Looking forward to your presentation at FITC Toronto 2014!