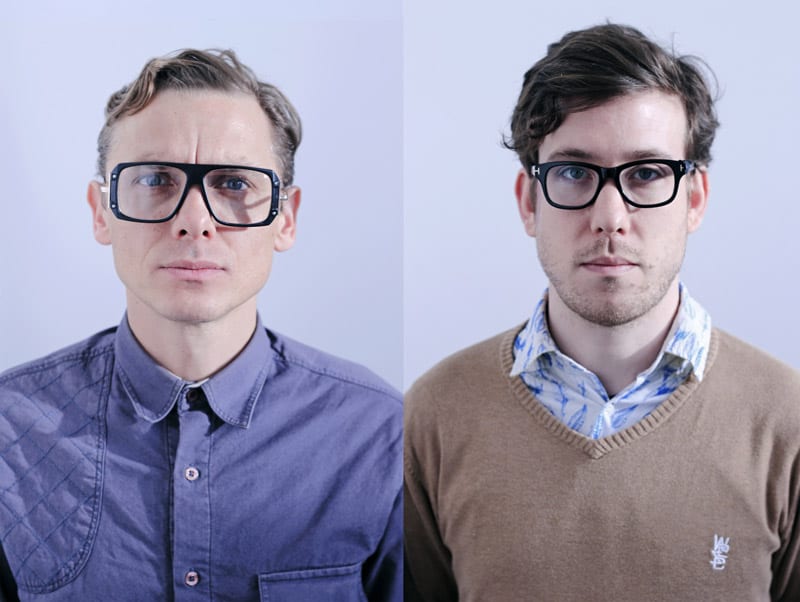 Hellicar & Lewis is a collaboration born out of curiosity and idealism. Pete Hellicar has extensive experience as a professional skateboarder and art director. Joel Lewis is a creative coder, having worked on many interactive projects though his work at Fabrica and United Visual Artists. Together, they use technology as a tool to create novel experiences and bring people together. Although their talk was titled Pyramid Song (the one by Radiohead) the shape that recurred the most throughout the session was the loop.

The first loop they talked about was between people and things. During his time at UVA, Joel created an interactive light show for a series of live performances by Massive Attack. This light show was set up to react to the music being played, as well as the roars of the crowd. This worked to great effect, energising both the band and those who gathered to see them play. This showed Joel the great potential technology has to enhance an experience, a theme that resonates throughout the work he does with Hellicar today.

Hellicar and Lewis also enjoy working with other creative disciplines, creating a loop between technology and art. The project they showed to illustrate this was Divide by Zero, a collaboration between them and Nina Umniakov, a renowned dancer and choreographer. In it, Nina's performance was enhanced, but not overshadowed, by a projection that reacted to her movements. Working with artists like her allows Hellicar and Lewis to explore a different vocabulary for creation, and combine it with their own.

The work Hellicar and Lewis do relies heavily on openFrameworks. They often collaborate with others working in this field, like Theo Watson and Zach Lieberman, who also hosted sessions at FITC this year. Because they believe giving back to this community is important, Hellicar and Lewis open source everything they do. Lewis especially is a technology evangelist. He firmly believes that everyone should learn to program. To him, programming is a very useful skill that teaches you to break a problem down into smaller parts, and allows you to create value from nothing. He himself got interested in programming after discovering the concept of a cellular automaton: a formal system with a limited set of rules from which great complexity can emerge.

Pete and Joel also took time to share what inspires them in work and life. Pete has always been interested in zines, the (original) punk movement, and the parallels between skating and open source culture. Among others, they quoted Shakespeare, Agnes Martin, who found happiness through drawing many simple lines, Myron Krueger, who believes the quality of interaction is the only aesthetic concern, and Jim Jarmusch, who famously said that authenticity is invaluable and originality is nonexistent. All of this made evident the scope of sources Hellicar & Lewis took to for inspiration. I guess drawing inspiration from digital content to create digital content is one loop they try to avoid.

The last project they showed was Somantics, which is a series of applications that use simple interaction as a tool to help children on the autistic spectrum develop communication skills. While most software in education and healthcare is the result of exhaustive proposals and planning, Hellicar and Lewis took a bottom-up approach. They user-tested early prototypes, despite being told that conducting such tests with children with autism would be folly. The results were instantly visible: the children noticeably changed their demeanor as they engaged with the software. Since then the project has grown in scope. It is open sourced and freely available online, which is what Hellicar & Lewis are all about.