Sometimes called the “man from the future” Tom is a leading voice in augmented reality, virtual reality and wearable tech. He is committed to driving adoption and innovation in technology which is augmenting the human experience.

Tom is an active investor and founding partner at Super Ventures, the first fund dedicated to augmented reality. He is also a community builder growing and managing AWE, a global community of over 250,000 professionals dedicated to XR (augmented reality, virtual reality and mixed reality). AWE hosts the world’s #1 AR+VR conference in USA, Europe and Asia and has local AWE Nite meet-up chapters in San Francisco, Toronto and New York. Previously, Tom founded We Are Wearables which grew to become the largest wearable tech community of its kind with a reach of over 120,000 and chapters across North America. In 2018, We Are Wearables merged with the AWE community.

Tom has been recognized as a top global influencer for AR, VR and wearables and has presented talks at major conferences such as TEDx, SXSW, TechCrunch Disrupt SF, CVR, WT Conference, Wearable Technology Show, TOM*FW, and FITC. He regularly appears in the media as a futurist and expert including The New York Times, Huffington Post, Space Channel, CNN, BBC, CBC, Readers Digest, Globe and Mail and FASHION magazine.

Tom’s passion for this space is driven by his belief that wearable tech plays a critical role in our human evolution. 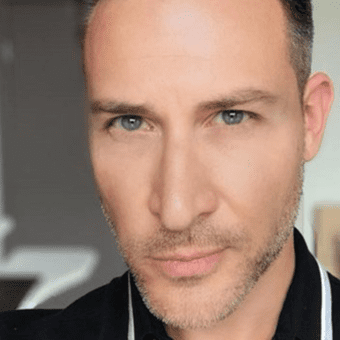 The Path to Consumer AR