John Underkoffler is founder and Chief Scientist of Oblong Industries, developer of the g-speak Spatial Operating Environment. Earlier, during fifteen years at MIT’s Media Laboratory, he was responsible for innovations in optical and electronic holography, novel animation systems, several large-scale visualization techniques, and the I/O Bulb and Luminous Room systems. His applications and installations are in use at commercial and educational facilities, have been shown in galleries and museums and at festivals, and have received a highly small number of awards; the human-machine interfaces he’s devised over the past two decades remain widely influential. Interstitially, John has been science & technology advisor to films including Minority Report, The Hulk (A.Lee), Aeon Flux, Stranger Than Fiction, and Iron Man. He currently also serves as adjunct professor in the USC School of Cinematic Arts and on the board of the University Art Museum at California State University, Long Beach.

It Has To Be This 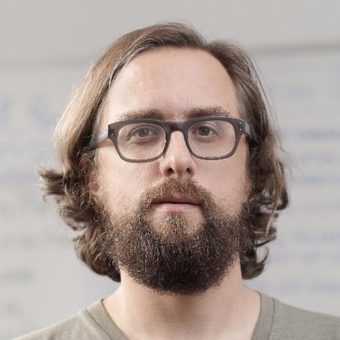 It Has To Be This