Hoogerbrugge is a Dutch artist, illustrator, and animator whose work spans diverse media. He is regarded as one of the pioneers of internet art and has become known for the animations he posts regularly on the net since the end of the 1990s.

His work explores the contemporary human condition through a figure which is both self-portait and alter-ego, a man in a characteristic black-and-white suit which regularly features in his minimal, monochromatic web-based animations such as the Modern Living/Neurotica series (1998-2001), the interactive flash shorts Nails (2002-2007) and the absurdist online comic Prostress 2.0 (2008 – present) where one can bear witness to regular chitchat by the likes of David Lynch and Quentin Tarantino and other of Hoogerbrugge’s favourite celebrity characters.

Hoogerbrugge began his career as a visual artist after studying at the Rotterdam Academy of Art and created his first comic strip in 1996 for his personal website Modern Living, further developing his animations as the technology of the net evolved. Apart from his video animations and his work as a visual artist, Hoogerbrugge has also made a number of music videos for Dead Man Ray, The Young Punx and Pet Shop Boys. He also contributes weekly illustrations for the Dutch National Newspaper De Volkskrant. 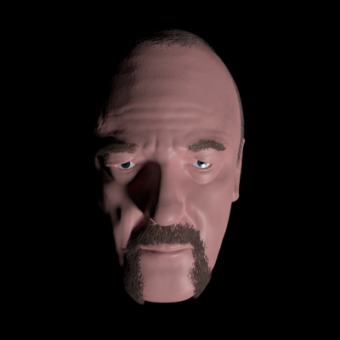 Prostress or The Graphic Universe of Han Hoogerbrugge