Blur Studio director Franck Balson began his career as a graphic designer at Paris-based Cube Creative, where he worked his way up to 3D supervisor and director in the span of three years. Franck joined Blur in 2007 as a layout artist working on video game cinematics like Tomb Raider, Warhammer, Star Wars: The Force Unleashed and FarCry. A design and editorial specialist, Franck had a lead role in the creation of the opening title sequence for The Girl With The Dragon Tattoo, directed by David Fincher. In his current role at Blur, Franck serves as Layout/Editorial Supervisor as well as director. Recently, Franck completed 58 minutes of game cinematics for Halo 2: Anniversary edition, directed a full-CG spot for MINI, and created the opening title sequence for the Fox/Marvel feature Deadpool, directed by Blur owner Tim Miller. Franck is a graduate of Supinfocom in France. 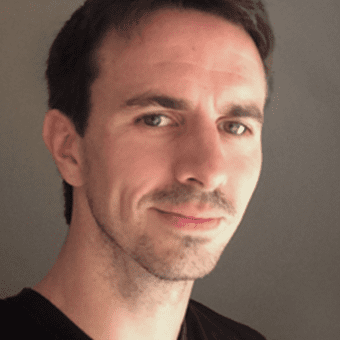